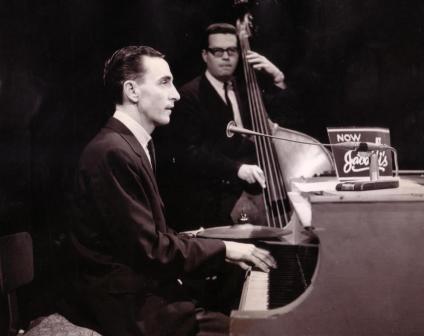 My uncle, local jazz legend Dick Fadale, whose career in music spanned more than 60 years and was an inspiration to me and many other local musicians.

“He touched elbows and played with the greatest around the world,” his wife, Dot, said. “He played with Mark Murphy, Blossom Dearie and Mel Torme.”

Uncle Dick was the music director for the local television show “Dialing for Dollars” in the 1960s and for the Variety Club Telethons on WKBW-TV. He played with several society bands and at supper clubs, including Joe Agro’s Colony Club on Virginia Street, Foster’s Supper Club and Chez Ami, the Delaware Avenue supper club known for its revolving bar.

He was a pianist, arranger and band leader for several groups. Among them were Snow Angel, the Sedates and the Dick Fadale Trio, which included Dick on piano and his two sons, Rick Jr. on bass and Paul on drums. The trio played for many years in Sarasota, Fla., during the 1970s.

His last steady engagement was in the early 2000s in E. B. Green’s Steakhouse in the Hyatt Regency Buffalo.

Previous
Next
Scroll Up